About the Costerton Biofilm Center

The Costerton Biofilm Center is a unique interdisciplinary research center established to explore the field of chronic infections caused by bacteria.

The Costerton Biofilm Center is named in the honour of Dr John William Costerton.

Dr John William (Bill) Costerton studied biofilms for more than 40 years. As a Canadian, he was a man of the mountains and spent hours climbing in his beloved Canadian Rockies. His PhD was in microbiology and he wanted to combine his passion for his two hobbies - climbing and science. 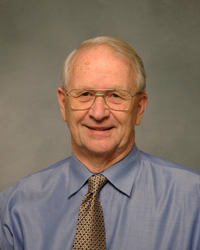 His first observation was when he tackled an alpine stream in the Bugaboos in eastern British Columbia, Canada. While climbing he noticed the rocks were slippery and he observed that whereas the free floating water contained only few bacteria per milliliter the slippery rocks were covered with bacteria stuck in “slime”.

Dr. Costerton pioneered the development of the biofilm theory of which bacteria grow enclosed in a protective, biopolymeric matrix forming a film that is adherent to solid surfaces (a sessile organism). Together with University of Copenhagen's Dr. Niels Høiby, he strongly promoted the view that bacteria in biofilms (environmental as well as medical relevant) differ significantly from their planktonic (free-floating) counterparts (Costerton et al., Sci Am 1978).

Dr. Costerton published over 700 peer-reviewed papers that provide a solid basis for the understanding of bacterial processes in environmental, dental and medical microbiology. The research led to many industrial and medical relevant breakthroughs, confirming that biofilms cause chronic infections and biofilm implant-related infections represent one of the most difficult-to-treat infections in humans.

The Costerton Biofilm Center is a unique interdisciplinary research center established to explore the field of chronic infections caused by bacteria. In recent years it has been realized that the ability of bacteria to form biofilm contributes significantly to such infections which are becoming a major health challenge with large global economic and societal implications. In biofilm bacteria are located in densely packed, slow growing microcolonies concealed in a self-produced protective matrix of biopolymers. In this life-mode, the bacteria attain the highest levels of resistance to our present assortment of antibiotics and our immune system.

The center aims at the delivery of new approaches to address key challenges within medical biofilm research in order to generate fundamental insights into the biology of chronic infections. This ambitious goal requires novel integrative approaches that involve the joint effort of leading researchers from complementary research fields.

The activities include basic research in order to generate cutting edge and profound knowledge about medical, relevant biofilms. The knowledge gained forms the basis for the development of new means of diagnosis, prevention and treatment of bacterial infections with the intent of improved public health and economic gains.

The overall objective is to elucidate molecular mechanisms of biofilm formation, and identify novel diagnostic methods and bioactive chemicals to guide the development of biofilm controlling drugs that can help reinstate proper action of antibiotics and the immune system, and device efficient treatment scenarios of chronic infections.

In nature bacteria often appear as sessile, matrix embedded aggregates commonly referred to as biofilms. There is accumulating evidence that in case bacteria succeed in forming biofilms within the host, the infection develops into a chronic state. The important hallmarks are development of inflammations, host tissue degradation, extreme tolerance to the action of conventional antimicrobial agents and an almost infinite capacity to evade the host defense systems. With an apparent similarity to cancers, biofilms can proliferate into a dispersal mode, spread cells and spark new areas of biofilm infections.

Biofilms and procedures of modern medicine

Due to advances in medical technology and an ageing population, there is an increasing problem with medical device-associated infections. In recent years it has been realized that the ability of bacteria to form biofilm contributes significantly to antibiotic resistance. In biofilms bacteria are located in densely packed, slow growing microcolonies concealed in a self-produced protective matrix of biopolymers. In this life-mode, the bacteria attain the highest levels of resistance to our present assortment of antibiotics and our immune system. Accordingly, biofilms are a common cause of persistent infections. Biofilm-based infections are a major socio-economic burden implicating hospitalization, patient suffering, reduced life quality and lost employment. It is estimated that about 60–70% of hospital acquired infections are caused by bacterial biofilms.

The bacteria that are involved in hospital acquired infections are primarily Enterococcus faecium, Staphylococcus aureus, Klebsiella pneumoniae, Acinetobacter baumannii, Pseudomonas aeruginosa and Enterobacter spp., which are denoted by their acronym ESKAPEE, and declared by WHO and other agencies to be a top global threat.

The World Health Organization (WHO), United Nations (UN) and Center for Disease Control and Prevention (CDC) predict that the number of antibiotic resistant (referred to as AMR) infections will rise to unmanageable levels in all parts of the world if adequate and appropriate countermeasures are not taken. It is projected that deaths attributable to resistant infections will reach 10 million per year by 2050, if new antibiotics are not developed. Poor antibiotic efficacy against AMR infections has broad and deep health impacts, as well as severe social and economic implications. This includes severely constrained therapy options with the loss of the safety-net that antibiotics provide for people undergoing a wide range of modern medical procedures such as surgery, insertion of medical devices, and cancer therapy.

Integrating medical-, oral-, and environmental- microbiology with development of biofilm controlling chemical agents will pave the way for a solution to combat the problem of biofilm induced infections. 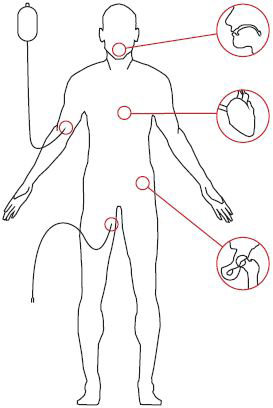 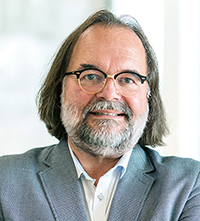 Bacterial biofilms and chemical biology approaches to control them have played central roles in my research for the past 25 years. I always marveled science for its international dimension, a view strongly shared with one of my main mentors Bill Costerton.

In 2010, I was one of the prime movers behind the establishment of the Singapore biofilm Centre for Environmental Life Sciences Engineering (SCELSE) with my friend and collaborator since 1992 Prof. Staffan Kjelleberg as Director and then subsequently headhunted as a research director for SCELSE. At University of Copenhagen, I was at the same time founder and presently managing director of the Costerton Biofilm Center which opened in 2013. It pleases me to see how this has developed into a fruitful collaboration between those two, frontline biofilm centers.

A wide range of expertise and skills are available at the Center and the scientists have access to experimental techniques such as state-of-the-art microscopes at the Core Facility for Integrated Microscopy situated 50 meters from the Center and the facility for experimental animals. At CBC, facilities are also available for the next generation gene expression analysis and chemical biology approaches with high-throughput screening of chemical libraries are within the wider framework of research and development related to biofilm drug discovery.

While biofilms are everywhere and affect each and every facet of our lives, our understanding of how they are organized and how they function is still in its infancy. With the CBC, we wish to develop a comprehensive understanding that will allow us to understand interactions between bacteria and the human host, in healthy and diseased individuals and chemically control biofilms (as part of our novel antibiofilm drug discovery). This is done by means of cutting-edge technologies of contemporary life-science.

The Center provides a forum for scientists and clinicians and encourages research into the microbial aetiology of biofilms. By integrating translational and clinically relevant research, the Center takes lead in improved prevention and development of new treatments of diseases caused by biofilms. The research aims at explaining the riddle as to why biofilm-bacteria gain the upper hand in the fight against our immune system, and hopefully lead to new and innovative strategies for early diagnosis, treatment and prevention of chronic diseases for the benefit of public health.

Bacteria are visualized by means of FISH hybridization (red) and immune cells by DAPI stain (blue). The images illustrate the common pattern in two different chronic diseases: aggregates of biofilm bacteria surrounded by numerous immune, inflammatory cells that fail to eliminate the biofilm.